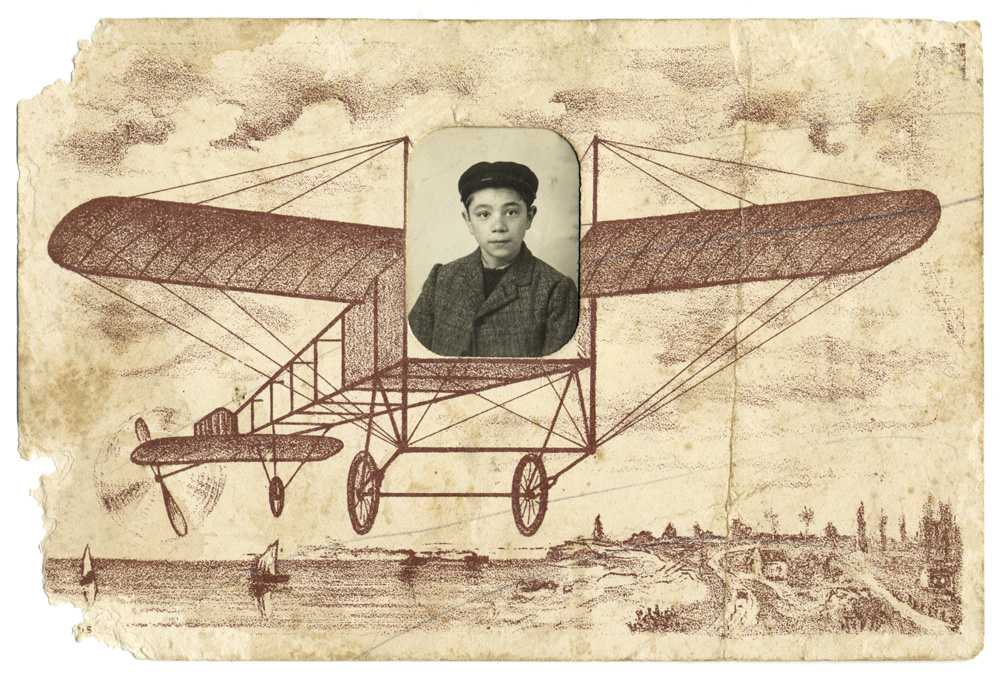 For a boy in the 1920s it seemed like a dream. Becoming an airplane pilot once. Especially for the not-so-wealthy this stayed a dream. They couldn’t get closer to the skies than on this postcard which I found in France. The untouched landscape with peaceful sailing boats and a picturesque road on land is a big contrast to the modern airplane. And then the portrait just pasted on the backside of the card. Kitsch Photoshopping avant la lettre. Both world wars changed much in the emancipation of the lower class and being a pilot became a real possibility.