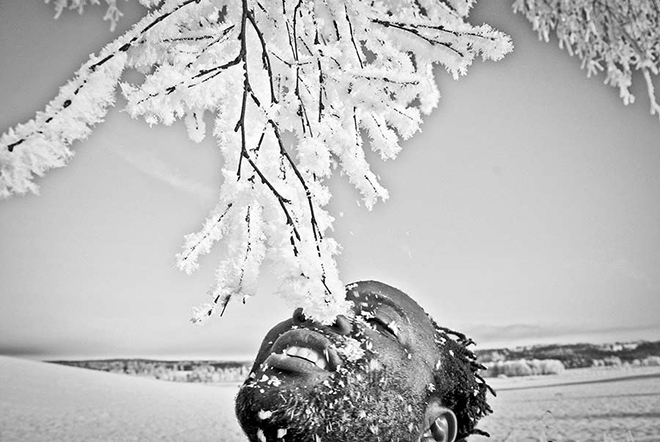 The Alfred Fried Award annually recognizes the world’s best photograph on the theme of peace. It was established by The Photographic Society (PHG) in Austria and Edition Lammerhuber in partnership with UNESCO, the Austrian Parliament, and the International Press Institute (IPI).

The Alfred Fried Award 2017 worth €10,000 went to Cletus Nelson Nwadike of Sweden (see photograph above), the Award for best single image (€1,000) to Jonathan Bachman, USA, and the winner of The Children Peace Image (€ 1000), is Lina Momsen, Germany.

The jury is made up of editors, photographers, representatives of photographic associations and of UNESCO, from Austria, Germany, France, Norway, Finland and the US, and for the first time included Lars Boering, of the World Press Photo Amsterdam. Gerd Ludwig has been serving on the Award Jury since its inception in 2013.

In her address, Liv Tørres, Director of the Nobel Peace Centre in Oslo, reminded the 150-strong audience that peace was harder to win than war. Therefore peace-building measures should play an important role in photography – an international language, able to touch souls.

I’ve won the Alfred Fried Award medal in 2015 with my series Regelbau, on German bunkers along the European coasts.

Join the competition next year and visit www.friedaward.com.